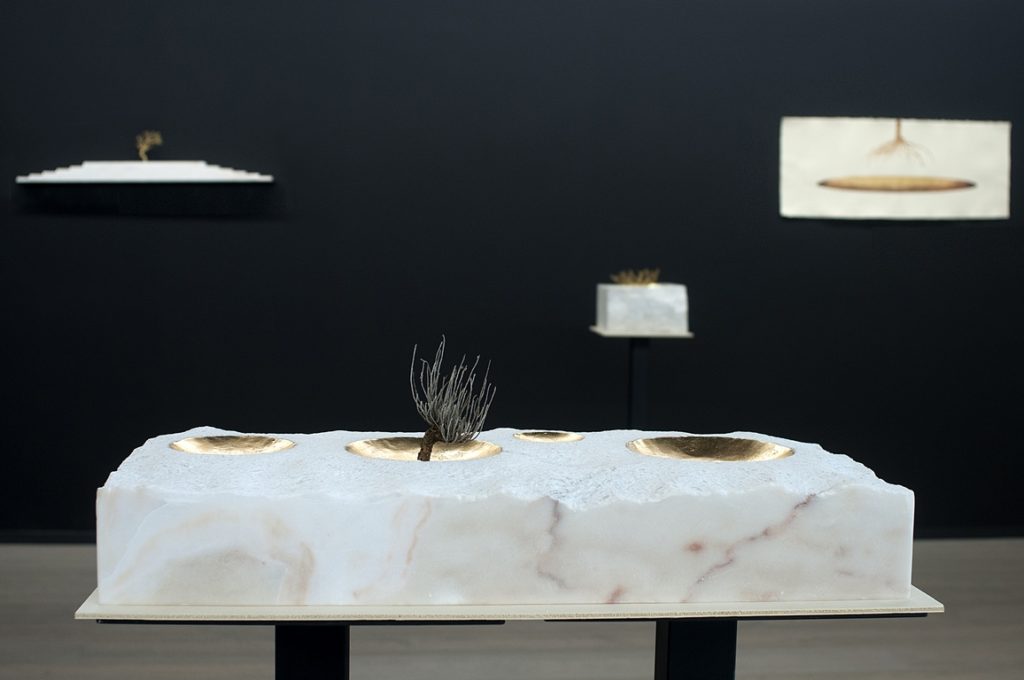 The magnitude of an artistic work should not be measured by its physical dimensions, but by its power to disturb us. That is why it is not paradoxical to say that Carmen Baena’s sculptures -whose base is no greater than, say, a chessboard- are magnificent. They are magnificent because you can walk through their stone deserts and feel the wind hit you in the temples and experience a kind of vertigo before the loneliness and insignificance of the human soul in the middle of the indifferent universe.

That’s what I felt when I looked out at her landscapes. Carmen Baena has managed to make me forget for a moment that I am seeing a piece of Thassos marble – chiseled by herself with aiming blows – or a thyme bush collected in the Pila mountain range. No, what I have seen has been different. Now I remember it well… Transformed into a tiny insect, he saw the branches of a tree shake in the middle of a stark landscape, moulded by the forces of erosion. It was getting dark. I looked up at the sky and felt cold. I wanted to scream.

The stone was alive. Marble dunes. Waves of stone. The sacred mountains had to be climbed. Ayers Rock. Athos. Kilimanjaro. Fujiyama. I no longer knew who he was. He was delirious. It was because of the brightness, the brilliance of that gold… It was not the gold of twilight nor the gold of autumn. Nor was it the precious metal that drags men to greed. No. It was another kind of gold. It was sacred gold, the gold of the ancients, a telluric gold that arose like a tumor from the bowels of the earth and could not be touched without being infected by its beauty.

I sailed through seas of stone. I discovered symbols of lost civilizations and I looked out at chasms that had no bottom. There were temples dug into the rock. I climbed the high peaks where the wind was so strong that it knocked you down. I didn’t know what I was looking for. And, if he knew, he had already forgotten. Maybe I was fleeing from something. From myself. From fear. Fear of being nothing. I don’t know if the answer was in the gold. It glowed so strongly that it blinded me. This time I managed to scream. I woke up. You asked what was wrong with me. 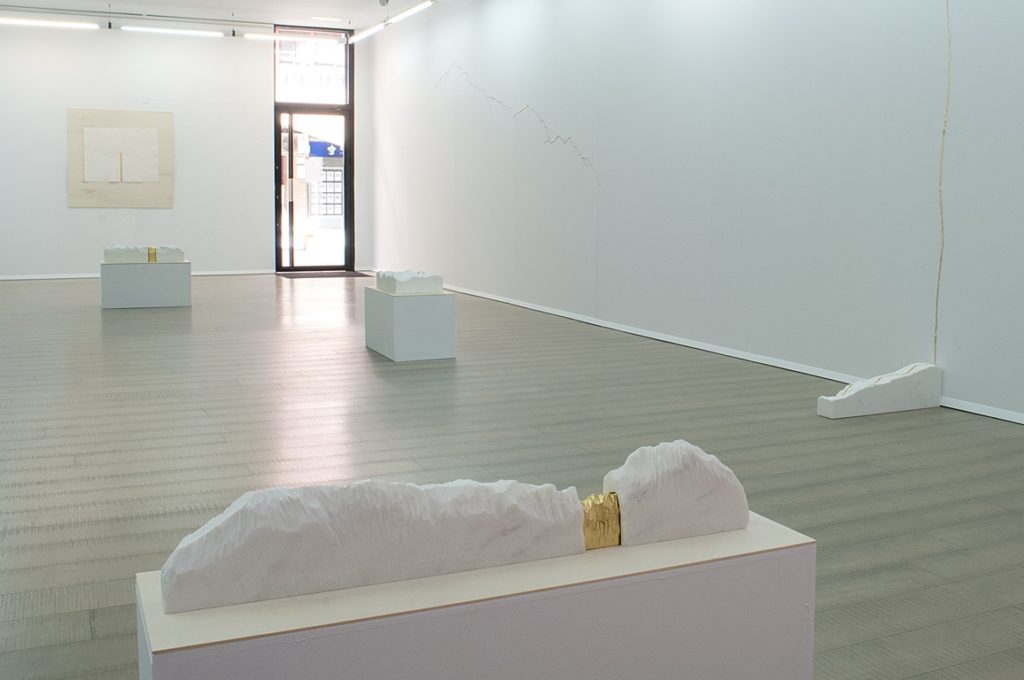